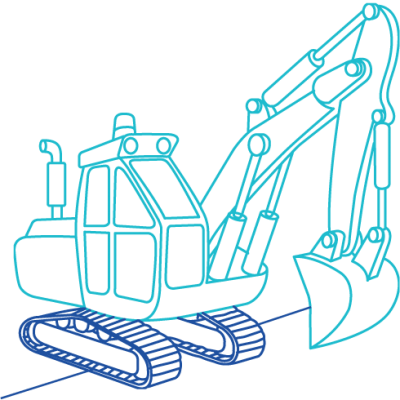 The membership to ICEMA is open to equipment manufacturers who have a manufacturing facility in India as Primary members and associate memberships is offered to select component manufacturers, distributors, industry associations, banks and financial companies servicing the equipment finance segment and sector specific media organizations.

+ TAXES PER ANNUM
Earthmoving, Construction, Mining and Material Handling Equipment Manufacturers who have their manufacturing base in India.

Become a member of ICEMA and together let us create a gold standard for the industry. Stay up to date with everything you need to know about the industry. Liaisons with topmost bodies in the industry makes every step smoother for you.
Downloadable PDF 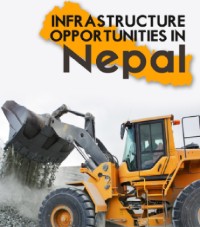 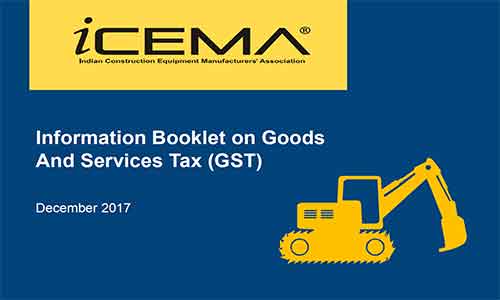 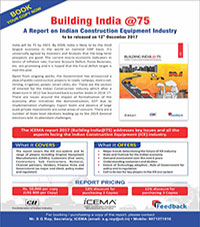 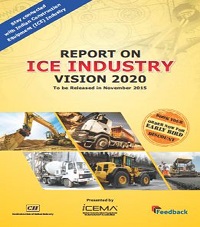 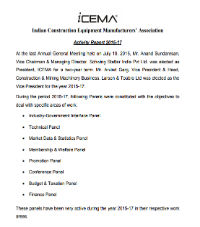 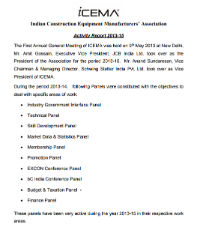 The demand for ICE grew by 24% in FY 2017-18, and the sector crossed 90,000 units for the first time. Demand for ICE continued to grow mainly due to the increase in infrastructure spends. The industry grew despite the hiccups of emission and GST during April and July 2017, respectively. Demonetization also had a negligible effect on the industry growth.

The sector had witnessed a de-growth from FY 2012-13, until December 2015. Sales finally picked up in January 2016 and has continued to grow. 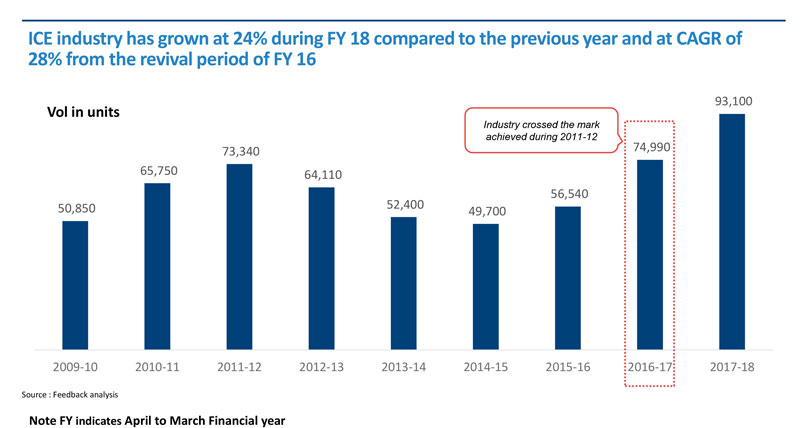 Government, which is a major demand driver, also plays a facilitator’s role through policy and regulations. It is the largest end customer accounting for nearly two thirds of the demand for ICE products and hence has a very significant impact on the industry. Also, its role in setting policy and regulation has a further impact on the industry. Be it GST or ‘Construction, Earthmoving, Material Handling, Mining (CEMM) Act’ or the RERA Act for the Real Estate sector or the sand mining policy or the ‘concrete site mix usage, land acquisition guidelines’, the ICE industry looks to the Government to act as an enabler. Its policy for facilitating export growth helps the ICE manufacturers reach out to existing and new markets. It monitors imports allowing for domestic manufacturing activity to flourish.

Highway construction (Roads) has been one of the key drivers for equipment growth. Earthmoving & Mining equipment are largely used for initial land clearing for Road construction.

Similarly, Concrete equipment witnessed a growth thanks to Concrete roads, Railways and Metro. MHE growth was from a mix of Road & Railways, Metro segment. Material processing was largely led by the Quarry segment, which supplies aggregates to Road Construction, Railways, Irrigation sector and Real estate.

The Indian construction, mining equipment industry continues to be highly dependent on the demand for Backhoe loaders and Hydraulic Excavators. The Backhoe Loader alone contributed to 40% of the overall sales by volume during FY 2017-18, a very India specific phenomenon. Backhoe Loaders in China account for hardly 0.5% of overall construction equipment sales while in North America it accounts for 8.5%. 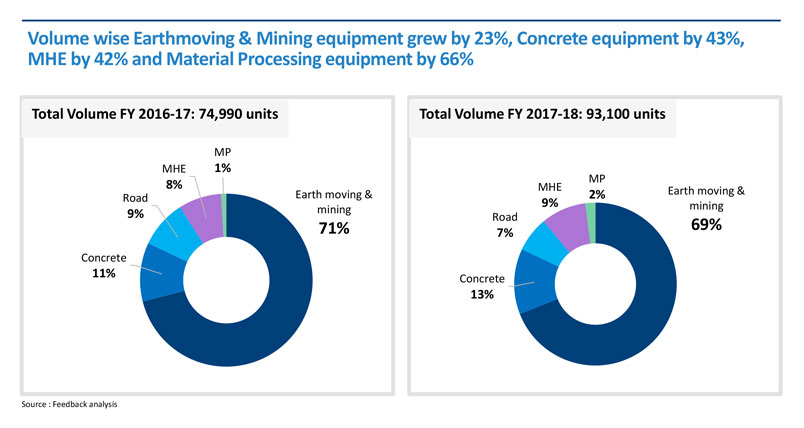 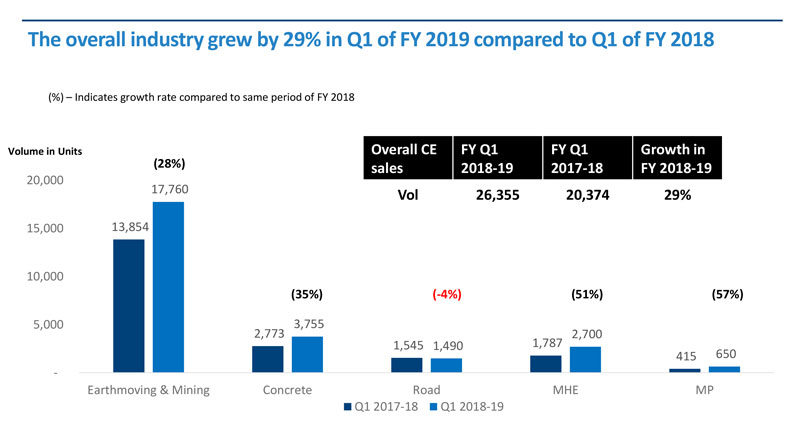 Road Construction Equipment
Demand for Road equipment during FY 2017-18 decreased by 3%. Vibratory Compactor market grew by 14% and Concrete Pavers by 55%. Market for other key equipment like Asphalt Pavers, Hot mix plants, Bitumen plants have reduced leading to a marginal decrease in the off-take of Road construction equipment in FY 2017-18. 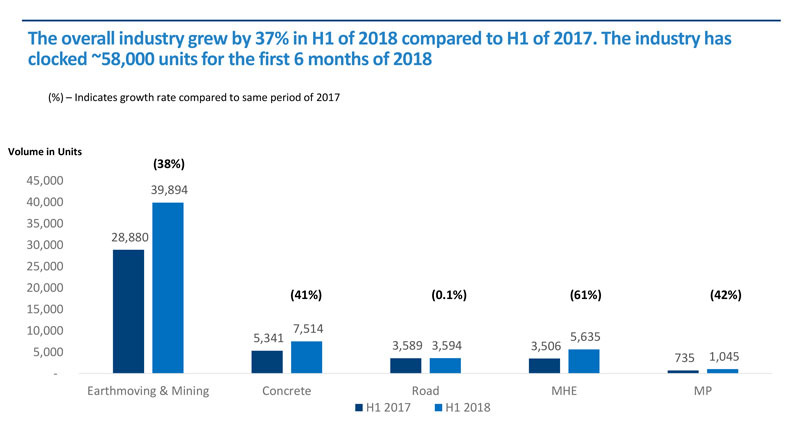 Material Handling Equipment (MHE)
Demand for material handling equipment in FY 2017-18 grew by 42%. Pick and Carry cranes constitute 93% of the MHE market and grew by 54%. 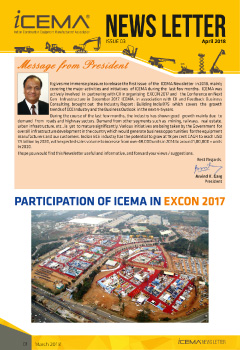 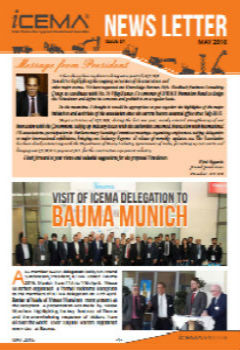 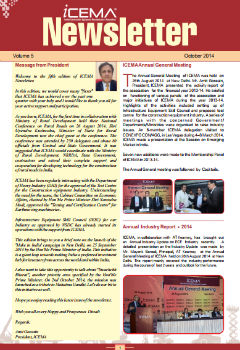 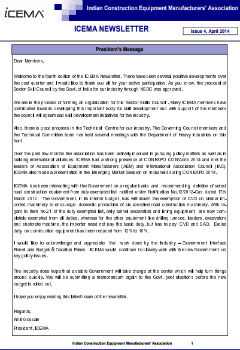 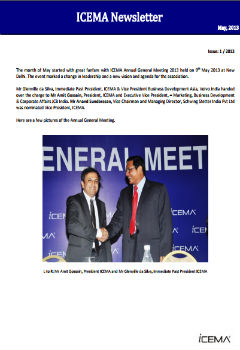 Associations in other parts of the world
Government Links